Forecast: What to Expect from the Euro and the Dollar in 2022 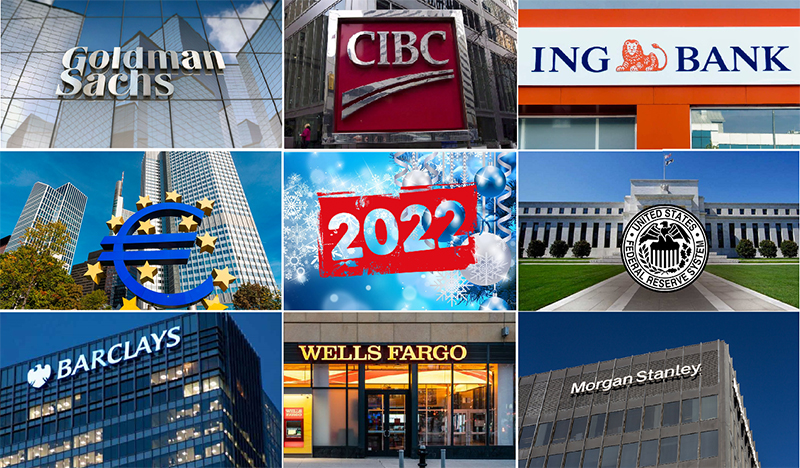 It is always interesting to know whose predictions came true and whose predictions did not. Exactly a year ago, we published forecasts given by experts from leading world banks regarding the EUR/USD rate for 2021, and now we can decide which of them was right and to what extent. Or, on the contrary, which one was wrong. 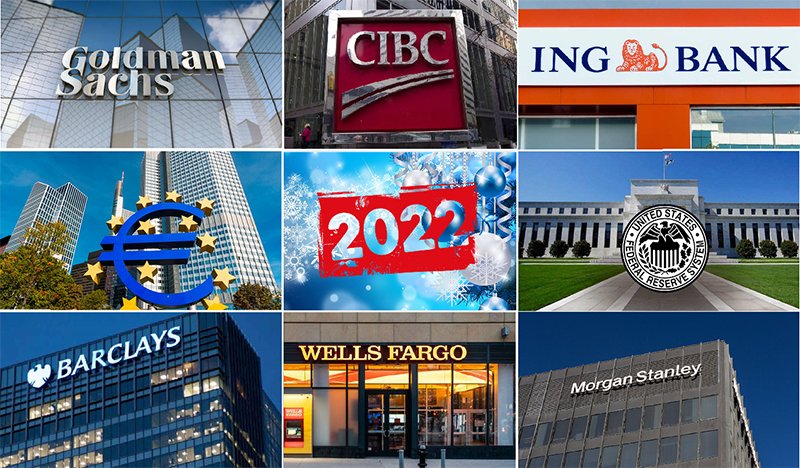 Last Year's Forecast: They Were Wrong after All

December 2019 There was no talk of a global pandemic that month, when the first outbreak of COVID-19 was recorded in Wuhan, China. But even then, the Financial Times published a forecast of Citigroup experts that the quantitative easing (QE) policy pursued by the US Federal Reserve and pumping the market with cheap dollar liquidity could cause the dollar to fall. Colleagues from Citigroup were supported then by analysts at the Swiss bank Lombard Odier, as well as one of the world's largest investment companies, BlackRock.

The Fed was in full swing implementing its monetary stimulus program on the eve of 2021, and the printing press was working at full capacity, filling the American market with new, unsecured dollars. There were no plans to curtail monetary stimulus and, moreover, to raise the interest rate.

Based on this and looking back at the dynamics of the dollar over the last three quarters of 2020, experts were making their forecasts for the coming months. Most of them were inclined to believe that money would actively flow to Europe in 2021, and the dollar would face a deep devaluation. True, different analysts assessed the depth of a possible fall in the USD differently.

For example, one of the largest investment banks, Goldman Sachs, predicted a drop in the weighted USD rate by only 6%, and Morgan Stanley expected the EUR/USD pair to rise to 1.2500. (By the way, the figure of 1.2500 was also sounded in many other moderate forecasts).

But there were also those who predicted a catastrophic fall in the American currency. Prominent economists, Euro Pacific Capital President Peter Schiff and former Morgan Stanley Asia head and Fed Board member Stephen Roach estimated the likelihood of a dollar collapse in 2021 at 50%. At the same time, Roach believed that the devaluation of the dollar could reach 35%. A slightly smaller but also impressive devaluation of 20% was forecast by analysts at Citigroup. That is, in their opinion, now that you are reading this review, the EUR/USD pair should have been in the 1.4000-1.4400 zone.

The pair did start to grow with the onset of 2021. But this trend lasted ... less than one week. It reached the level of 1.2350 on January 6, and this was the year's high. Everything changed starting from January 7, and the dollar began to win back losses.

The US currency moved in a sinusoidal manner until the end of May, fluctuating along with the waves of the coronavirus and statements by the Fed leaders. But the mood of the US Central Bank began to clearly change from dovish to hawkish just before the onset of summer, the country's economy was recovering, and confidence in the imminent tightening of the FRS monetary policy began to grow among investors. And this means a reduction in asset repurchases and an increase in the interest rate on federal funds in the long term. Investors began to recall the "bread" times of the summer of 2019, when the rate was equal to 2.25%, and not the current "beggarly" 0.25%.

What Experts Expect in the New Year

If the forecasts for the dollar for the past 2021 were more like obituaries, the prospects for the USD in the eyes of some experts look much more optimistic now. And all due to the fact that the US Federal Reserve, unlike the central banks of many other G20 countries, has actively embarked on curtailing its QE program, the US economy, including the labor market, is recovering well, GDP growth is projected at 5%, and now, according to the Federal Reserve, it is time to curb inflation. The fact that the interest rate will rise to at least 1.5% by the end of 2023 is now almost beyond doubt.

In this situation, according to experts of the Dutch banking ING Group (Internationale Nederlanden Groep), the dovish position of the Central Banks of the EU, Japan and Switzerland, more tolerant of price increases, will cause their national currencies to fall significantly behind the dollar in 2022. ING strategists believe that the EUR/USD pair will fall to the 1.1100 zone in Q2 and Q4 of next year, and it will be even lower at 1.1000 in Q4.

Analysts of one of the largest financial conglomerates in the world, HSBC (Hongkong and Shanghai Banking Corporation) are in solidarity with ING. “Our main argument,” their forecast says, “is based on two factors supporting the dollar: 1. a slowdown in global economic growth and 2. the Federal Reserve’s gradual transition to a possible rate hike. These two forces are likely to remain decisive and should support the gradual appreciation of the dollar in 2022.” HSBC analysts also believe that the trend of the EUR/USD pair will be downward, as the ECB does not plan to raise the key rate until the end of 2022.

CIBC (Canadian Imperial Bank of Commerce) specialists also side with the US dollar, marking the following route for the EUR/USD pair for the coming year: Q2 - 1.1100, Q3 - 1.1000, Q4 - 1.1000. The JP Morgan financial holding assessed the pair's prospects more modestly, pointing to the level of 1.1200. That is, in this case, we can already talk about a sideways trend.

It should be noted that not all the authorities in the financial world are betting on the strength of the dollar. Many analysts have taken the opposite position and, on the contrary, expect a weakening of the US currency “In 2022, - writes FXStreet, - the Federal Reserve System may return to dovish positions that will put pressure on the dollar.”

Barclays Bank already considers the dollar to be highly overestimated. Therefore, it is expected to depreciate moderately against the backdrop of rising risk appetites and commodity prices, caused by the recovery of the global world economy and cooling inflation. The Barclays scenario written for EUR/USD looks like this: Q1 2022 - growth to 1.1600, Q2 - 1.1800, Q3 and Q4 - movement in the 1.1900 zone.

Reuters interviewed the largest banks represented on Wall Street and published their scenarios of the dynamics of the foreign exchange market for the next 12 months. In addition to the aforementioned JP Morgan and Barclays, the respondents were banking conglomerates Morgan Stanley, Goldman Sachs, Wells Fargo, as well as Europe's largest asset management company Amundi.

Morgan Stanley believes that the Fed's rate hike will proceed fairly smoothly, while other central banks will move from dovish to hawkish politics. This will lead to a convergence in the actions of regulators, put pressure on the dollar and raise the EUR/USD pair to 1.1800.

Goldman Sachs strategists call the same goal of 1.1800. Although, in this case, this can be considered a success for the US currency. The fact is that an earlier forecast of this investment bank pointed to a much higher mark of 1.2500.

Amundi believes that the Fed “has little to do to surprise market expectations” and, although a moderate normalization of monetary policy “will remain generally positive for the dollar” by the end of the year, the pair will reach 1.1400.

The most unexpected forecast was given by the strategists of the Wells Fargo investment institute. They just named a wide range from 1.1000 to 1.1800. And it is quite possible that this prediction will prove to be the most correct one.

There is such a proverb, “Man believes, and Life has”. Its meaning is that human plans, even the most thoughtful ones, are imperfect and changeable. Life, however, puts everything in its place over time. So we will only be able to understand at the end of next year who of the influencers was right. In the meantime, on the eve of the new year, we wish you success in your work, financial well-being, good health and excellent mood. Happy New Year!

In the next review, in a week, we will tell you what experts think about the future of the Japanese yen (USD/JPY), the British pound (GBP/USD), the Canadian (USD/CAD) and the Australian (AUD/ USD) dollars, Swedish kronor (USD/SEK), Swiss franc (USD/CHF) and Chinese yuan (USD/CNH).