The Impact of Money Supply Changes on Financial Markets 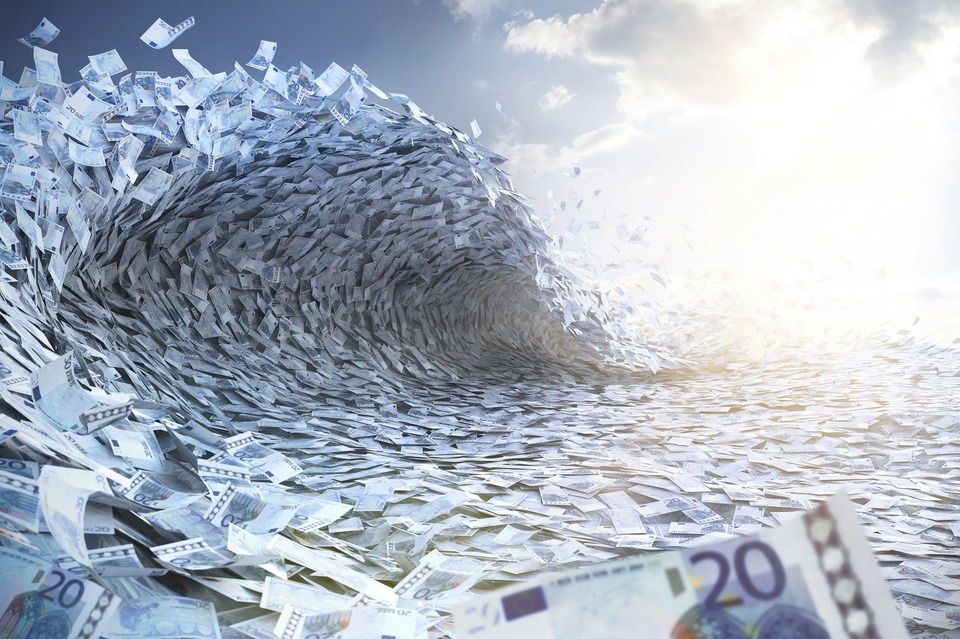 Money supply is the total amount of money in circulation. Depending on what kind of funds are taken into account, the money supply is divided into certain monetary aggregates:

Including liquid forms of money, the aggregate M2 characterizes money in the broadest sense of the word. In the long run, the money supply tends to grow, with growth moving from linear to exponential in recent decades. This is due to the huge volumes of liquidity pumped into the global financial system from the 2008 crisis to the present.

Despite the persistent uptrend of the aggregate M2, in the short term, the money supply can either increase or decrease. The decrease occurs in 23.2% of cases. In this study, we will consider whether it is possible to use data on changes in the value of the money supply for trading in financial markets.

Entry into the market - at the opening of Tuesday after the publication of data on the M2 aggregate on Mondays.

Exit from the market:

If Friday is a day off, exiting the trade on Thursday of the same week.

Let's consider the results of the strategy with an exit on the 1st, 2nd, 3rd, 4th weeks after entering the trade:

With exit options on the 1st and 2nd weeks after entering the trade, the considered financial instruments have not shown a rate of return exceeding a significant level of 0.3%.

Currency pairs also have not shown a significant level of rate of return when exiting trades on the 3rd and 4th weeks after entry.

Gold has shown a significant rate of return of 0.33% when exiting trades on the 4th week after entry.

Further, let’s consider the results of the strategy with an exit on the opposite signal:

In general, the results are similar to the results of the strategy when exiting on the 1st, 2nd, 3rd, 4th week after entering the trade: currency pairs show a negative rate of return, while gold and the S&P 500 index have a positive average rate of return.

The exit on the opposite signal has led to a significant decrease in the risk level of the strategy: the maximum drawdown for gold has decreased from 200.43% to 101.38%, but this is still a very high figure. For the S&P 500 index, the maximum drawdown has decreased from 175.69% to 59.12%. This drawdown level would be considered acceptable, but the average rate of return (0.18%) of the strategy does not compensate for such a risk with a significant level of profitability.