Retail Sales Figures and Their Influence on Exchange Rates 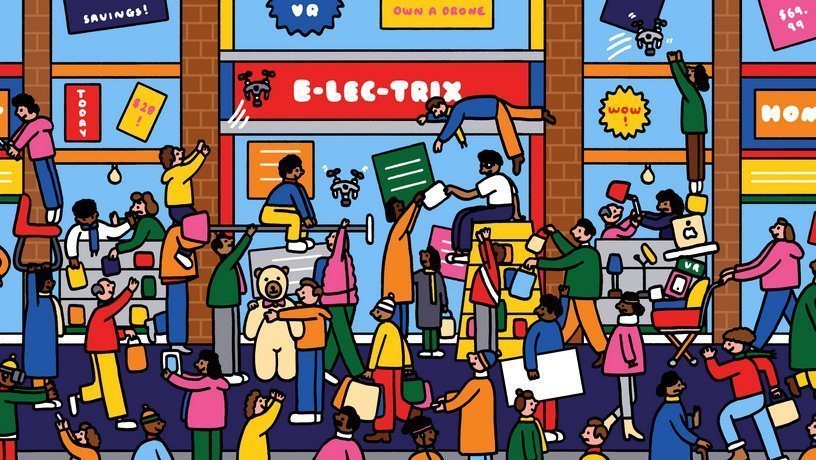 Growth of retail sales figures reflects a good state of customer demand and positive dynamics of economic development of the country. In this research, we will examine the relationship between retail sales changes and the related changes in exchange rates of national currencies.

First, we let us provide a brief definition:

Retail Sales are one of the macroeconomic indicators of the state of the national economy that reflects the retail sales figures of goods and services to the final buyers for personal use. The indicator reflects sales by a personal contact, trading networks, e-mail, the Internet, cell phones, etc.

We should note that significant changes in channels and subjects of retail trade occur over time due to the advancements in modern technologies.

The growth of sales figures indicates prospects of investments for the economy of a given country, and, therefore, increases the demand for its currency that leads to strengthening of its rate.

So, we will test this hypothesis with different methods relying on actual data of ten greatest economies of the world for the last 10 years.

For this reason, we suggest comparing the values of daily volatility of currency pairs on the day of data publication with the values of average daily volatility for the preceding week and for three weeks. For the analysis, we will use 5 569 news releases by the data of retail trade for 10 years in 10 countries.

Comparison of a daily volatility, %

From the table values, we can that on the day of data publication the volatility is 5% higher compared to average volatility of the preceding week period.

We will now move straight into the next stage of testing the hypothesis that growth of a country’s retail sales results in strengthening of its currency.

This research can be carried out with two independent methods:

The calculation of correlation coefficients is carried out on the following timeframes of observation:

Correlation, depending on the period of observation.

As can be noticed from the obtained results, there is a lack of correlation dependence in all countries (except for a weak relation with Brazil), while both positive and negative relations are present in the table.

The next stage involves calculation of similar correlation coefficients for five conditional groups of the rate of retail trade’s change, namely:

Let us take the same number of values for all groups. Since the considered sample includes 5 569 values, every group comprises 1114 (1113) values.

Correlation, depending on the rate of sales figures.

As indicated in the diagram, there are no any clear correlations.

As has already been mentioned, the second method of correlation determination between changes of retail sales and changes of currency rates involves calculating the average probability of profit-making.

Calculations will be carried out with a test using the historical data of currency pair quotes.

If a published indicator of retail sales is again higher than the preceding one, we place an open-to-buy position of its relevant national currency with respect to other currencies. If the indicator of retail sales is lower than the preceding one, it is the opposite, we open a short position for the country’s currency. For example, if U.K. retail sales demonstrate an increase, we open buys for GBPUSD, GBPCAD, GBPAUD, GBPJPY and open a sale of EURGBP.

In total, the result of 6000 positions will be analyzed.

In this method, the magnitude of difference of retail sales values is not considered, nor is the volatility of currency pairs caused by data publication. Instead, we assess only the number of positions closed with a profit or a loss.

The obtained coefficients demonstrate the probability (in %) of closing the position with a profit, depending on the time its hold time. The average value on all currency pairs indicates that the numbers of profitable and loss-making transactions are almost the same. Nevertheless, a slight prevalence of non-profit transactions is indicated.

Share of profitable transactions, depending on a period of observation, %.

Assessment of volatility in a day of publication.